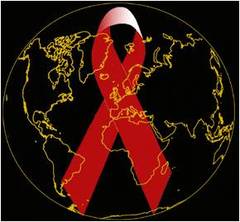 On Dec 3rd, 2009, Soulbath Peace Foundation was invited to work with 70 women from the Positive Women’s Network at the Tamil Nadu AIDS Control society. These women belonged to two vitally important sectors contributing to the impact of the AIDS endemic

* Widow women who are positive

* Women who are unsupported by their families and are tested positive.

Usually the sources of HIV infection in these women are 86% from single partners and 14% from other routes.

“Are we still sleeping?” How safe do we normal people think we are?

HIV is knocking next door!! Gone are the days that we considered this infection only in a particular class and in “those people”.

Our interactions with women and children have been through normal human stories and sad stories which carry huge emotional turmoil of fear, guilt, shame, betrayal and rejection. 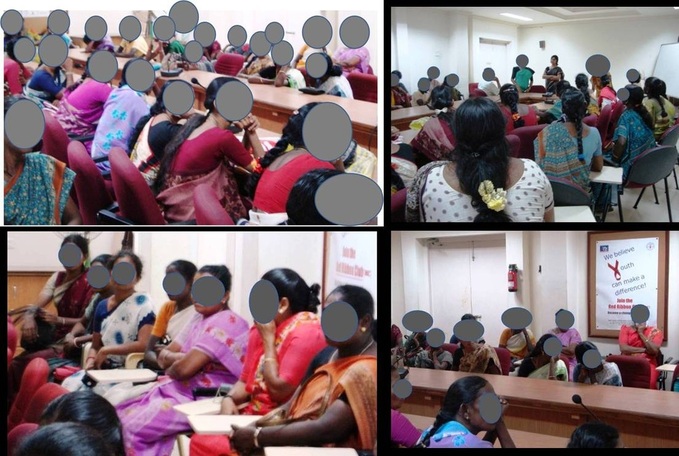 (Faces are covered to protect the identity of HIV + participants)

“Are you also positive?” startled us when we found everybody unconsciously relating to the word HIV + negatively in their minds forgetting that being positive is also a way of life.

So where are we in the evolution story? How long can we go ahead denying that this is only the government’s job of catering to this sector and only the activists working in tandem with this population?

SPF aligning to its essence of helping individuals discover the peace centre, worked with these economically weaker widow women community in Chennai through the Positive Women’s Network.  The workshop catered to understanding stereotypes of the infected and the “other safe people”. The medium of communication was Tamil.

Innocent questions in the minds of mothers of “How do we reveal our status?”

“What will my son think about me when he grows up?”

“I have not seen my grand child for many years now and I am aware he loves me. But his Mom has taken him away after knowing my status.”

These are emotions expressed by most of the participants with tears and heavy hearts, wanting to live life like anyone else – a life feeling accepted from a loved one and not feeling that they are wrong.

These are MOMs who are infected in the 86% category. The big guilt of “being potrayed bad” in the eyes of children kills them even before fear creeping in their bodies tears open the immune system causing a breakdown and an entry into opportunistic infections.

“I was wondering why you were asking us these questions. Now I already feel empowered as I am answering them aloud through this interaction.” felt a participant.

Choice of fighting HIV versus acceptance of the condition and doing something about it from this moment formed the theme of the experience. Emotions included that “I now know it is in my hands” and “I feel more human”.

The scenario for the participants are contracting the infection through the husband and usually passing that to the child. They look extremely normal except that they are victims of weight loss, cough and cold.

Some kids question – “Why do I have to take the multi vitamin tablets and not my brother?” Due to the fear and guilt that mothers carry of being asked “the question”,  -they are tight in their expressions and the child is confused and tries to find answers with half baked facts from his environment.

The interaction found voices of emotions in counselors of the PWN group. The counselors though mentally strong felt a deep connect to their inner being that got an expression after a meditation that found a high cathartic response. 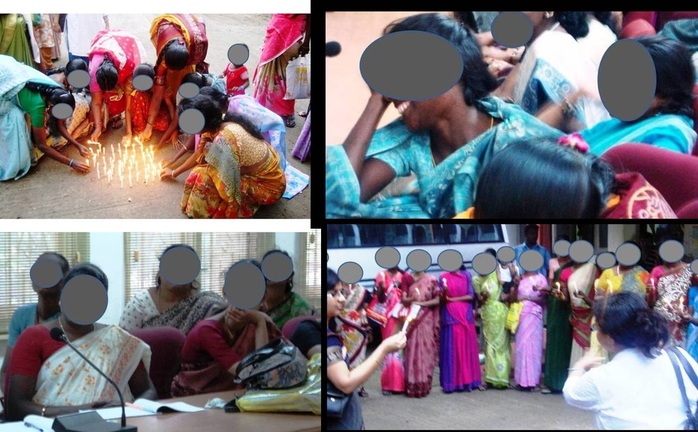 Once I heard Sri Raj Bhowmik, say in his early morning discourses - “I have learned that love and compassion, not time, heals all wounds.” How deeply true.

The workshop focused on connecting to the peace within and creating a new self that was empowered, strengthened and had a will to live because they were ready to give to themselves and to their children from a safe and secure space inside.

In this world of HIV where the woman is a guardian of compassion just like other families, her shoulders are weighed down with stories of betrayal and fear as she is now answerable to her children. Every question asked by a child is innocent but when we are weighed down, our responses confuse the young minds. The interactions helped mothers accept and move beyond their HIV+ status and create a space for themselves from within in the community.

With Sri Raj Bhowmik's guidance and blessings, this work will be followed up by a ‘Train The Trainers program’ on an ongoing basis through Soulbath Peace Foundation in collaboration with Tamil Nadu AIDS Control Society & Positive Women’s Network.

How did the participants respond after the workshop? How has this experiences been perceived in their lives?

Usually at Positive Women’s Network, we invite support groups and doctors who give us primarily information based on facts. This is the first time through Soulbath Peace Foundation that women ever experienced an emotional front and hope for their HIV+ status. People have been living with no hope that is always reinforced with fear of rejection from their families, loved ones and society for us. After the workshop, we went back with abundant rejuvenation and a confidence to live life normally. Why do we also have the right to live? So far in all the counseling sessions that were organized, men and women were placed together in the sessions. Our women are shy. But we could connect to you because you are also a woman and you understand us. If we had got this a few years back this would have been very useful. After the meditations we were more at peace with ourselves.


How has this affected your life personally?

Personally I have been living with HIV for 20 years now. Through the workshop I realized that there is nothing to feel bad because HIV is just another condition like cancer and I can choose to live like a normal person. We are also human. This condition does not stop us from leading human lives. I can take care of my kids. I hope we can put the past behind and move on.


What were the emotions experienced at the workshop?

Since most women are widows, once they are diagnosed they need to be dependent on someone or the other and become a burden. If Soulbath Peace Foundation came three years back, it would have helped us discover ourselves then. Today, the women felt a sense of freedom when they went back. They could see a goal and a will to live life.


How did the mothers feel at the end of the workshop?

Earlier we beat up our kids and blamed them for our existing and being alive. They felt that they have a will now. They feel a huge sense of peace and strength and their upbringing from this essence. They now want to be there for their kids.

(In the picture: Kaushalya with Sri Raj Bhowmik's book, 'CORPORitual') 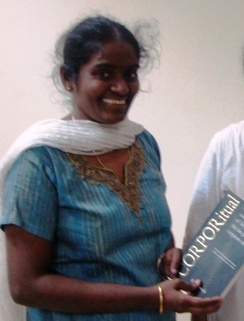 Kaushalya is a beacon of hope for millions. Imagine a 20-year-old young girl getting married, only to find out that her husband is HIV+, and that she is now HIV+ too!

Her husband had died of AIDS in 1995, just seven months after their marriage. She was 19, and tested positive for HIV soon after. Like thousands of other uneducated and economically-dependent women, Kaushalya was blamed for her husband’s death and thrown out of the family home in Namakkal, Tamil Nadu.

Alone and terrified, she nevertheless refused to give up, and started to work for a group involved in AIDS advocacy and prevention, giving support to other HIV positive women. Now 32, Kaushalya heads India’s Positive Women’s Network. She speaks about women’s rights and HIV at international levels.

What makes her a hero is that she did not let a social stigma browbeat her into submission. By fighting back, she gave hope to millions of women like her.Just for the record, an estimated 2.5 million people live with HIV in India, of whom 39 per cent are women. 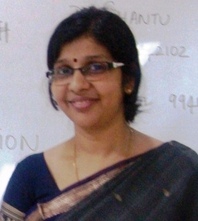 My experiences when I met the AIDS infected at the AIDS Society on the 4th of December is not something I can actually put in words.  Yet, I think I will communicate what I want to say, because that day I saw how language is not a barrier to express and understand emotions.

When I was told that we would be meeting women, who have contracted HIV, and the ones from the lower income group, my first question like the French Queen , who asked "Will the poor understand the exquistive emotion like love?", I wondered if they will be able to understand the secret of life.  I always thought you needed intelligence, education and of course a great family background to understand it.... How wrong could I have been.

That day when we first met the women, some of them already seem empowered; (My understanding was wrong again,  they were women who were fighting and putting on a front).  They spoke with so much confidence, and then when the programme started, they were puzzled at what was being said in the beginning, and then they felt (not understood) what was being said.  When the meditation part began, that was revelation for me.  There were tears of pain and guilt, and so much that came out, and the room was charged.  At the end of the session,  I saw a few eyes that sparkled,  some still with tears....some with hope, and all them filled with love for themselves.  What more can I ask when they cheerfully asked me for my contact number.  I realised that not all things have to be understood, some things are just felt, and that moment I felt..... grateful that I could witness so much of love.

I thank Sri Raj Bhowmik immensely to provide me and many others such life enhancing opportunities.