NAB: The National Association for the Blind. (www.nabindia.org) - A Govt body.
MITRAJYOTHI: A rehabilitation centers for the Education, Training and Employment of persons with disability. 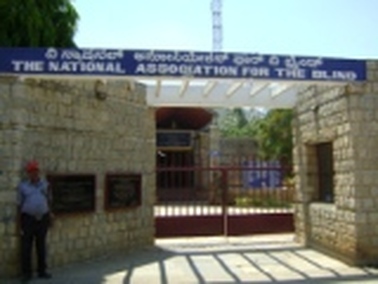 During the workshop at NAB, 'CORPORitual Values Of Living' (CVOL) audio Cds were provided to the organization and also given out to the participants during the personal interaction session. This interaction was an opportunity where participants introspected on- "What is the essence of their self"; followed by a discussion about the emotions in humans, common to all and about dealing with them in today's lives.

​Releasing all the toxic emotions by facing their deepest concerns and becoming aware of them and anchoring a new vibration based on individual experiences got the participants connected to their own selves. 'CVOL' was introduced here in the context followed by an active engagement in listening of the CD and connecting to Raj's aura and his message. This was followed by introspection on how one could use this CD and methodologies to carry forward in their everyday life. 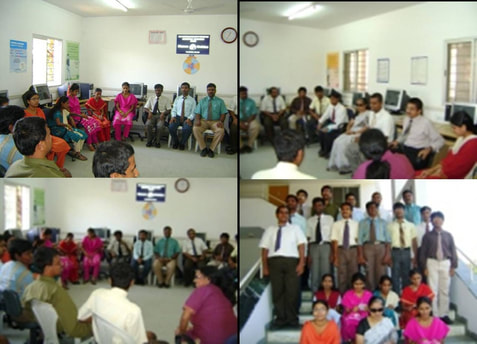 As a part of Soulbath Foundation's mission of reaching out with the 'CVOL' message, an audio recording of the book "CORPORitual", was handed out to help the visually impaired get the essence of the messages in the book to be kept in the circulating library for the visually challenged with an enrollment of 1200 students. A workshop was arranged specially for the Youth as a part of Soulbath Peace Foundation's efforts to help the youth empower themselves and get connected to the core of their being.
​
CORPORitual audio CDs are now available in the in-house circulating library as a new resource so that students can benefit. 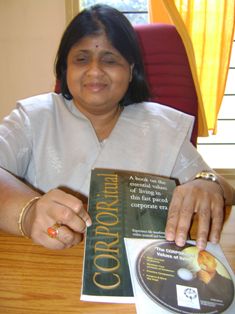 (Picture above: Madhu Singhal, Director- Mitra Jyothi with Sri Raj Bhowmik's book and Audio CD - CORPORitual)
CORPORitual is all set to create a significant milestone and leave its stamp in the pages of history! After the tremendous success of this book, NAB has shown interest to provide this highly acclaimed book 'CORPORitual', in the Braille Script so that many visually challenged students can read the life-enriching messages it contains. If this takes shape then this will be our most prized achievement!
Nothing in the world would be a bigger honor for Soulbath Peace Foundation. Thank you NAB and everybody for your good wishes and support in this journey.